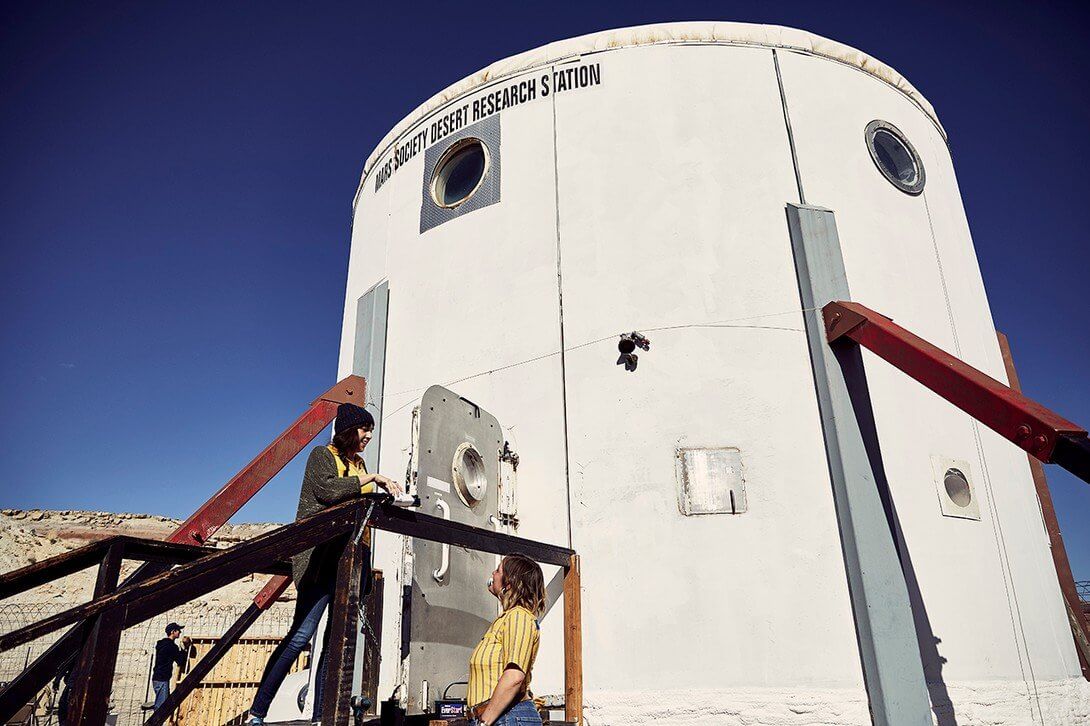 Although humans migrate to Mars are still far away, there are already furniture manufacturers worried about living environment.

Ikea’s remodeled Mars life capsule is an 8-meter-high cylinder consisting of two decks, with shared laboratories and operating workshops on the lower deck, a kitchenette on the upper deck and six bedrooms with bunk beds.

Six researchers lived in this tiny living space for months and months to study how to better live on another planet, growing crops in greenhouses and studying soil samples in the lab that looked like scenes from movie The Martian.

Ikea’s mission is to design a living space in the Martian environment to look “more like home.” According to Christina Levenborn, the designer of the living capsule, key factor that keeps the living comfortable is to protect the privacy of the occupants and creates a sense of space, even in a small living environment.

Levenborn solved this problem by changing the design of furniture, with IKEA installing a BROR Barra shelf unit in the operating floor to place tools, while using versatile furniture, such as desks and stools, in the lab that can accommodate the needs of researchers sitting or standing office at the same time.

Six bedrooms are the biggest challenge, because the space allocated to the six rooms is really small, but it’s the only space in this living room where researchers can be alone. IKEA designers equipping the room with a hanging storage bag and USB charging socket and making the room look more warming with a yellow table lamp.

While the capsule is designed for environments outside Earth, IKEA hopes to use these design experiences to improve the living experience on Earth, especially in smaller apartments and dormitories.

In fact, the Mars Desert Research Station (MDRS) project was first launched by NASA and the School of Industrial Design at Lund University in Sweden, and Ikea later joined in, sending a team of design teams to live in a simulated Mars environment for seven days in 2017.

Ikea designers record their ideas in the experience and suggested designs for NASA’s Mars residency plan, and architect Constance Adams said that “everything in space should have multiple functions” or the cost would be unaffordable.

“Designing for a spaceship is actually quite good for us, for finding out the function for a few pieces. When you produce an industrialized thing, it has to be efficient, both in production and how you use it.”

But no one knows what Ikea furniture looks like on Mars, after all, even whether Mars is suitable for human habitation is still controversial, but in today’s crowded city environmental becoming serious, using the design to make people live more comfortable, is undoubtedly a meaningful thing.