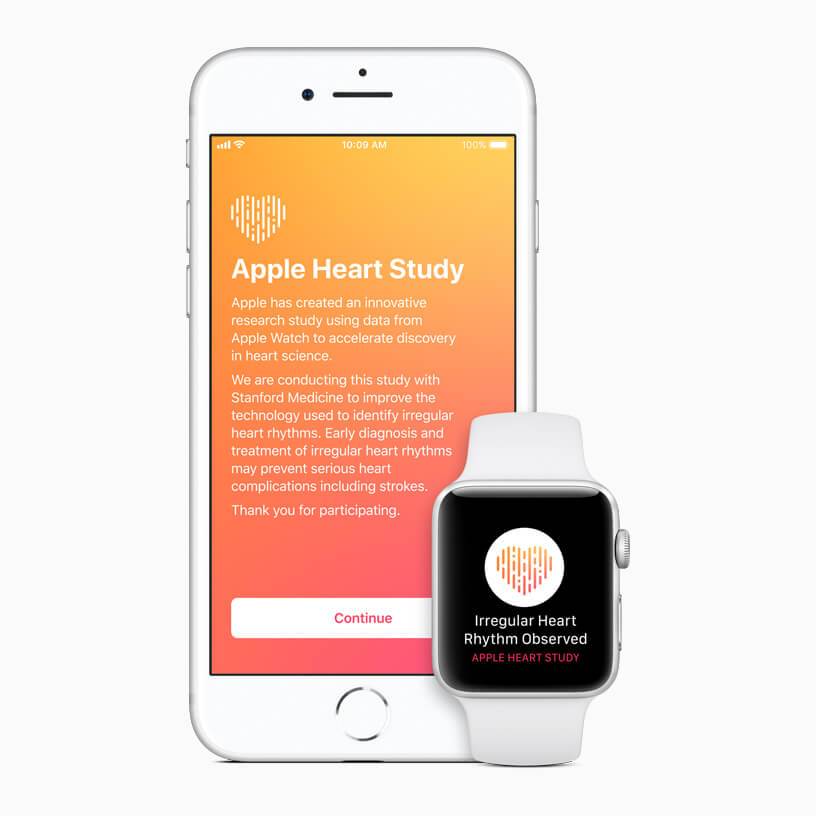 The Stanford University School of Medicine on Wednesday (13/11/2019) released the latest results of Apple Heart Study, which was launched in 2017. It’s the third time the team has shared its research data.

CONCLUSIONS: The probability of receiving an irregular pulse notification was low. Among participants who received notification of an irregular pulse, 34% had atrial fibrillation on subsequent ECG patch readings and 84% of notifications were concordant with atrial fibrillation. This siteless (no on-site visits were required for the participants), pragmatic study design provides a foundation for large-scale pragmatic studies in which outcomes or adherence can be reliably assessed with user-owned devices. (Funded by Apple; Apple Heart Study ClinicalTrials.gov number, NCT03335800. opens in new tab.)

From the New ENGLAND JOURNAL OF MEDICINE

The study confirmed that the Apple Watch could detect atrial fibrillation. Dr. Mintu Turakhia, a professor at Stanford University and co-author of the study, said the trial was generally successful, especially in determining how many people would get heart-related notifications from the Apple Watch and what they meant for patients, doctors, insurance companies.

Another researcher who wasn’t involved in the study, said that the technology was promising, but that more than half of the participants were under the age of 40, and that the risk of atrial fibrillation in the group was low, leading to concerns that it might scare healthy people.

The overall benefits of the study, which demonstrates the potential for large-scale studies that use a variety of techniques to remotely monitor patients without the need for on-site medical treatment.