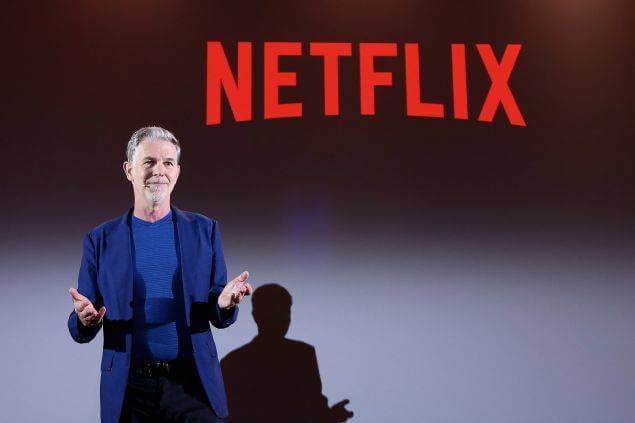 The rise of Netflix has changed the way many people watch and make movies, and many Hollywood practitioners have called them “cinema killers,” and in 2016, Netflix CEO Reed Hastings publicly complained cinemas:

Today, Netflix is one of the world’s largest streaming platforms, but the “cinema killer” of the year is running a movie theater.

Netflix has signed a lease to formally take over the Paris Theatre on New York’s Fifth Avenue, where Netflix films will be shown and are currently showing Marriage Story starring Scarlett Johansson, The Verge reported.

The Paris Theatre is New York’s last single-screen cinema, and has a 71-year history and major screenings of art films. But changes in the film industry and high rents have left the Paris theaters fall into a loss, and in June it was announced that it would close in August.

This isn’t the first time Netflix has shown interest in running a movie theater, which plans to buy the Egyptian Theatre on Hollywood Boulevard, a century-old cinema.

The acquisition is said to be in its final stages, but no deal has yet been reached. Sources told Variety magazine that if Netflix buys the Egyptian theatre, it will host events such as premieres, awards ceremonies and cocktail parties, and invite sits at American Cinematheque for special screenings.

Why start laying out offline distribution channels on streaming platforms? One important reason is to win some film awards.

This year, Netflix competed for an Academy Award for “Rome,” also broke with the practice of keeping home-made films out of cinemas, and arranged for them to be shown in more than 100 theaters, while most cinemas still can’t accept Netflix’s simultaneous release of movies in theaters and streaming, even if shortening the window.

“The Irishman,” which was recently directed by Martin Scorsese and is seen by Netflix as the main hit next year Academy Award, has announced it will give up to show on major theater because they have refused to make a concession and Netflix will have to show the film in independent theaters for three weeks to qualify for a major Oscar.

In addition, according to the Wall Street Journal, Apple’s original film will be shown in cinemas for a few weeks before it goes live on Apple TV Plus. For streaming platforms such as Netflix and Apple, which are dominated by home-made content, there is growing resistance to getting rid of traditional cinematic productions of good movies.

Against this backdrop, Netflix will have a chance to increase its voice in film distribution by stepping into the distribution of its own films. But for Netflix, cinema may not be a good business, after all, the growth of the cinema business has begun to stall compared to the fast-growing streaming industry, which is burning money and growing rapidly.